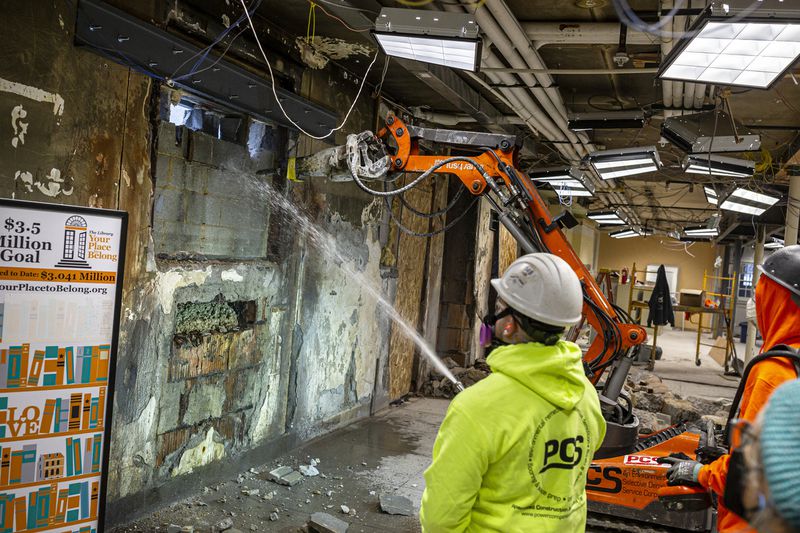 Construction crews have brought down the walls between the McCormick Riverfront Library and the adjoining Haldeman Haly House as part of the library’s $3.5 million expansion project.

When completed, the combined building will include family area incorporating subjects of science, technology, reading, engineering, arts and math in a space of more than 3,400 square feet. There will also be 950 square feet of public meeting space and added public computer resources.

The new space will also include a collection of historical materials gathered by the Commonwealth Monument Project, in their attempts to document the stories of 100 men and women who made significant contributions to Harrisburg’s development and community.

The library system has raised nearly 90 percent of its $3.5 million goal to fund the expansion. For more information on fundraising efforts, visit the Dauphin County Library System’s fundraising website.