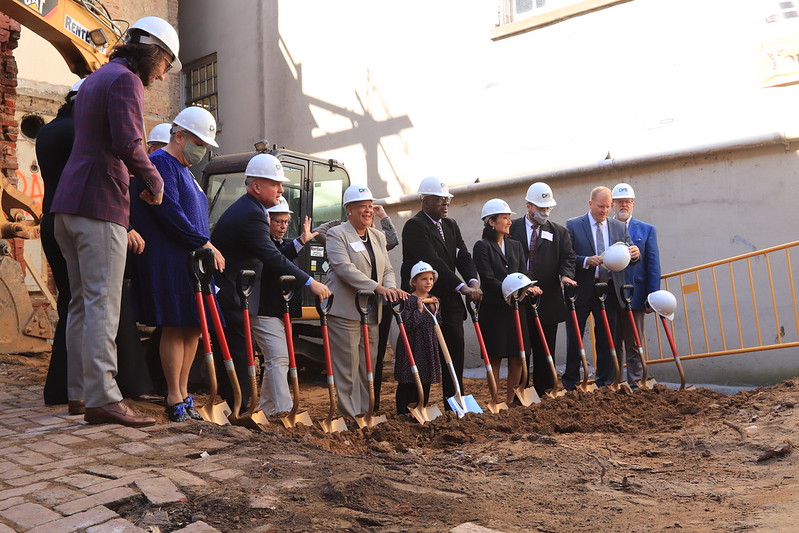 Construction has commenced but the fundraising continues, as the Dauphin County Library System today officially broke ground on a major expansion of its flagship library in downtown Harrisburg.

State, county and local officials were all on hand to ceremoniously turn the dirt on a $3.5 million project that partially renovates the existing McCormick Riverfront Library, completely renovates the neighboring Haldeman Haly House and connects the two buildings.

“It’s a physical connection, but it’s very symbolic of the connections we expect to happen … connecting all of us with a much deeper and more comprehensive understanding of our shared past so it can better inform our shared future,” said Karen Cullings, DCLS executive director, before a large assembled crowd.

At the rear of the library, an addition is set to rise to connect the buildings, which today’s groundbreaking marked.

The project also includes renovating the two-century-old Haldeman Haly House, transforming it into event, meeting and office space, and extensive renovations to the main library building, which will include a new children’s section, a new welcome center and an area dedicated specifically to the city’s African American history. It also will serve as a permanent home for the Harrisburg Past Players, which represents figures from local history, often in period costume. 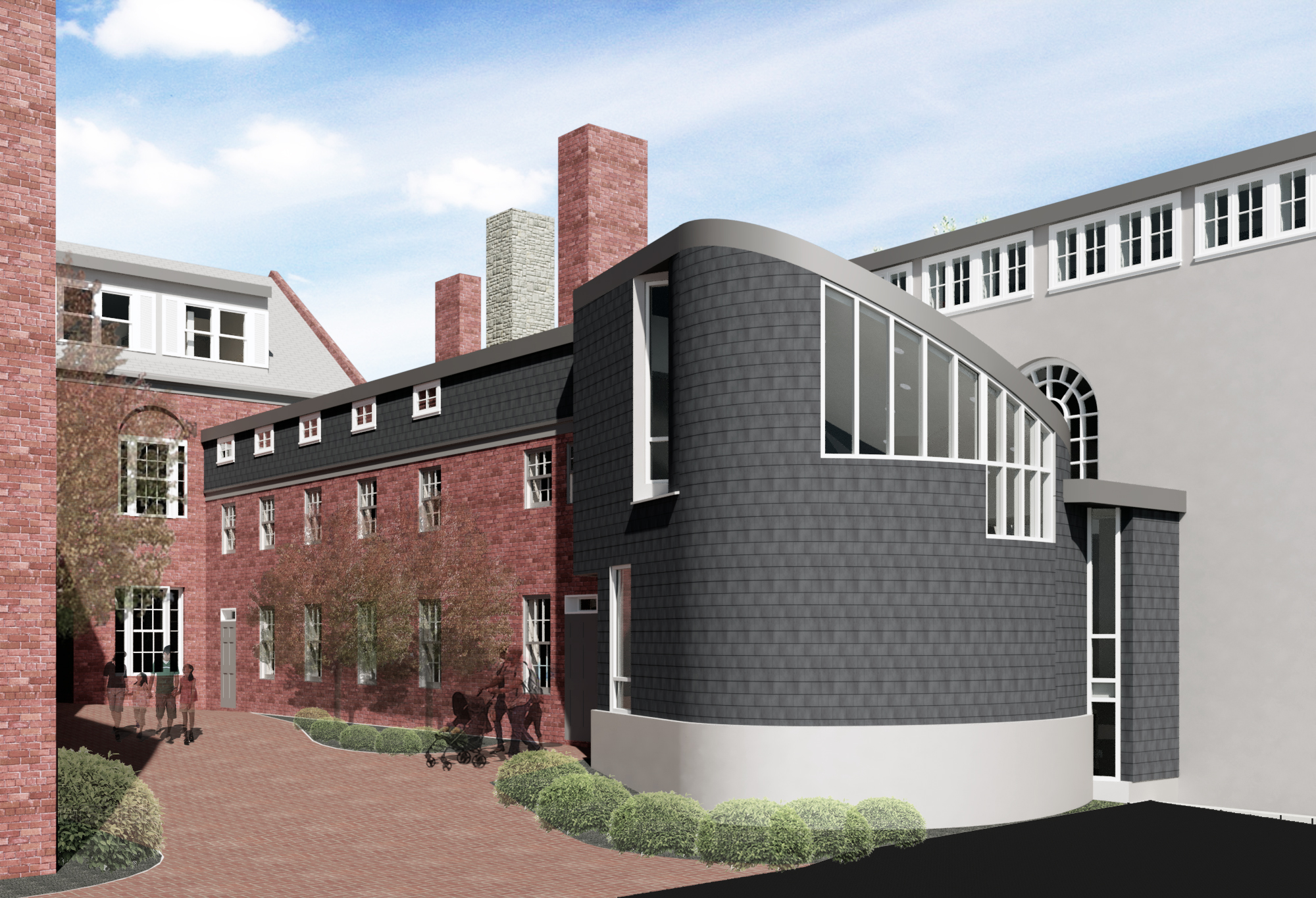 A rendering of the planned expansion that will connect the two buildings.

Several speakers remarked on the deep historical connection between the two buildings. The McCormick Library was built on what was the garden of Sara Haldeman Haly, who, in 1896, bequeathed the property to the library system.

Dauphin County Commission Chair Mike Pries read a proclamation to honor the groundbreaking, and both Harrisburg Mayor Eric Papenfuse and City Council President Wanda Williams mentioned that the city next year will rename a portion of neighboring Walnut Street to honor pioneering Black lawyer and journalist T. Morris Chester as it makes major improvements to the street, a project that will include new bump-outs, crosswalks and sidewalks.

“It will be easier to get to the library than ever before,” Papenfuse said.

To date, DCLS has raised nearly $2.7 million towards its $3.5 million goal. Several speakers appealed for additional donations to close the remaining funding gap.

To learn more about the Dauphin County Library System and to make a contribution, visit www.dcls.org.